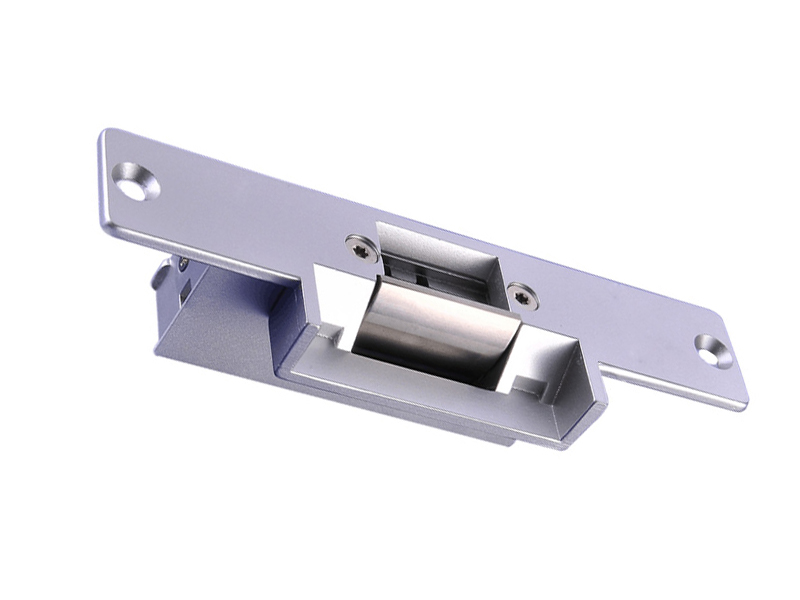 How to install electric door strikes:

Door security can be enhanced by installing an electric strike plate that replaces a traditional strike plate. Electrical strike plates allow for the user to allow a door to open only when the release mechanism is electronically triggered. Apartment buildings, offices and houses have this type of system that can be opened by a person inside by pushing a button from any SVT Innovations video intercom systems.

Remove the existing door strike plate by unscrewing it with your screwdriver.

The electronic strike will often be larger than the previous strike plate. Use a drill to make the hole larger.  You can achieve this by tracing the edges of the strike with a pencil onto the door frame to mark your drill edges. All dimensions need to be marked, including depth. You may have to accommodate any wires that may come out of either side of the electronic strike.

Step 4: Power to the door Strike

The power wire will most often be two wires that are connected just like headphone wires. Split the negative and positive leads by cutting off the tip of the power wire and pulling them part for each other.  Polarity isn’t observed at this point.

Place the new electric door strike inside of the newly dug hole and secure it with the given screws with your screwdriver. Open and close the door, making sure there is no obstruction and it is flush with the frame. Connect the wires to the SVT Innovations Door Station by following the instructions from the system’s user manual.

You can now test the new door strike by having somebody try to release the door from any indoor monitor or pushing the exit button if one is installed.